Flag Etiquette refers to how and where various flags are flown at sea. It is mostly to do with tradition and custom though some of it is governed by international law.

A flag is a piece of cloth or bunting with a distinctive pattern on it. Flags are usually rectangular. Can you think of 2 countries that do not have rectangular flags?

There are many different kinds of flag. Your watch may have a flag, your troop may have another one and your scout group a third. 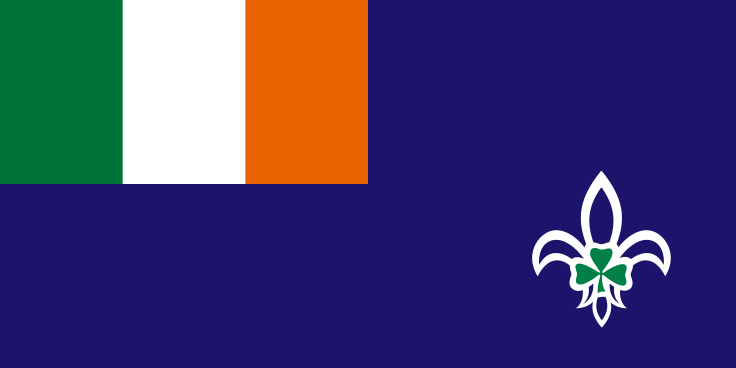 Many clubs and bodies that have boats get permission to have a special ensign.
To have a Special Ensign the club/body must get permission form the Chief Herald of Ireland.
A Special ensign is in cantons (quarters) with the tricolour in the first canton and the emblem of the club or group in the 4the canton on a field (background) of St. Patrick’s blue.
Any craft belonging to a scout group or on scouting business may fly the SI special ensign. 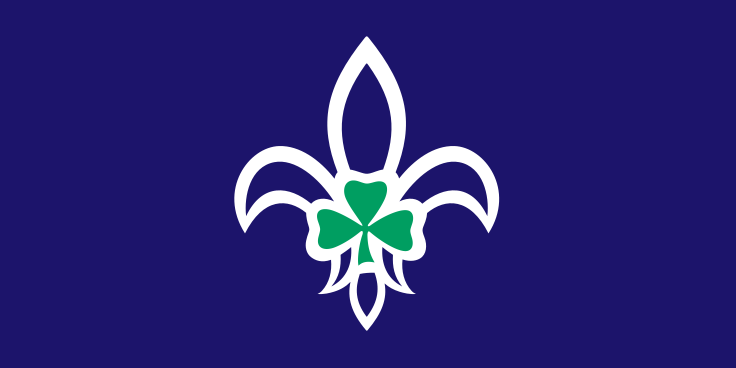 This is the official flag of Scouting Ireland featuring the emblem and official emblem colours. The flag features a white fleur-de-lys with a green shamrock at its centre over a dark blue field. 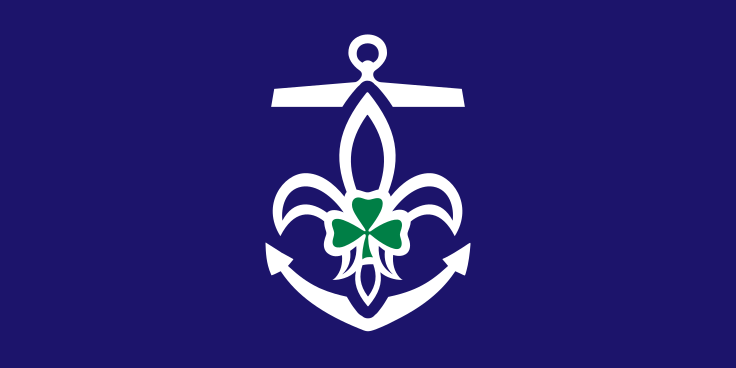 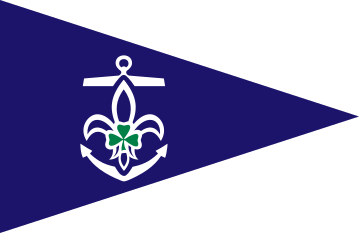 A pennant is a triangular flag. Clubs and bodies can design and fly their own pennant without permission from anyone else. 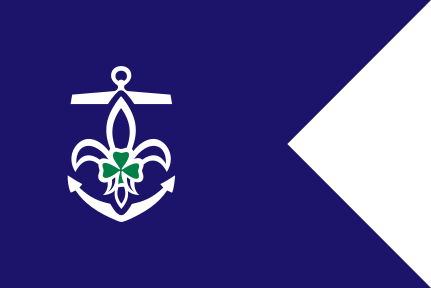 A burgee is similar to a pennant but it has a swallow tail like this one.
It is usually used instead of a pennant when a senior member is on board for example the Sea Scouting commissioner or the Chief Scout.

Some people use “burgee” to refer to both types of flag. 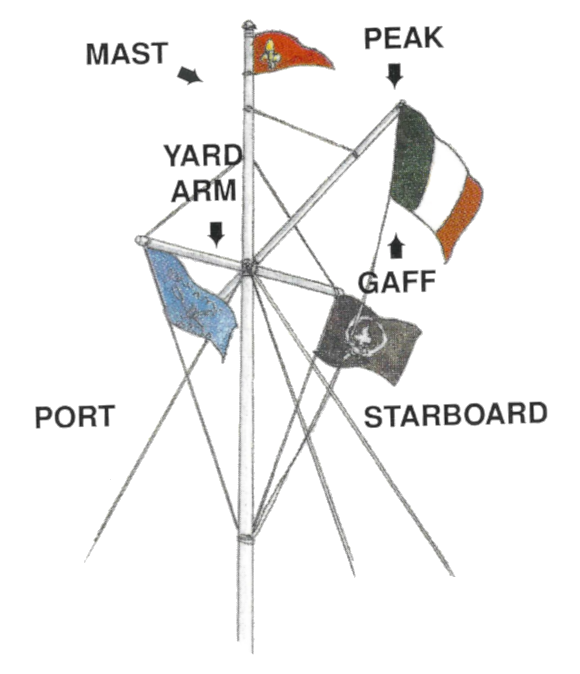 A nautical flag pole is the kind you see outside yacht clubs and some sea scout premises. It is also the kind you might erect on a camp.

A Nautical flag pole will have the main spar, a yard arm and a gaff. The various positions have an order of honour and flags are positioned according to the honour due to them.

1. The Peak of the Gaff is the point of greatest honour, like the stern of a vessel and this is where the ensign is flown from dawn until dusk unless brightly lit.

2. The mast head is the next point of honour. This is where the pennant or burgee is flown.

3. The starboard yard arm. If visiting a foreign port a Courtesy flag (the flag of the country being visited) is flown here. The house flag (for example the group flag) may also be flown here. Traditionally a yellow flag (code flag Q) is flown here when entering foreign wares for the first time when seeking customs clearance.

4. The Port yard arm. The flag of Duty Watch may be flown here.

On sailing boats the point of greatest honour is the stern but sometimes it is not practical to mount a flag staff there. In gaff rigged craft the next alternative is the peak of the gaff on the aftermost mast but then there are not that many gaff rigged sailing boats any more.

On a Ketch like the BP18 or a Yawl like a Drascombe Logger the usual place to hoist an ensign is at the top of the mizzen mast. The flag should be hoisted on a stick if possible so that it flies clear of the mast and doesn’t get wrapped around the mast and sail every time you gibe.

On a Bermudan rigged sloop the ensign is hoisted 2/3 of the way up the leech of the main sail.

The pennant goes at the top of the main mast.